I moved on to checking the geometry of the nose wheel. All the pieces of the nose are only clamped into location and may or may not be in their exact location but they are close. I started by leveling the fuse. The wife bought me a new 48″ digital level. I haven’t figured out if its because she loves me or doesn’t trust my building skills 🙂

I used the top of the F22 bulkhead to measure the W.L for the center of the nose wheel. After the math the wheel is sitting within 0.050 of W.L.-22. Again, these may change once everything is bonded and glassed to fuse but I know that I am close enough that I can adjust the nose wheel to its final location after the plane is fully loaded up.

I then prepped the nose pieces for their final assembly. When I laid up the nose pieces I put peel ply on all the bonding surfaces. Even after finishing them I can still remove the peel ply.

I then did the final fitting of the NG 31 into the nose halves. I used a contour gauge to obtain the profile of the honeycomb so I could transfer it onto the NG 31.

Here is the NG 31 marked out for trimming. The overall shape of the bulkhead was cut on the cnc but I left out the core recesses because its hard to know exactly where its edges will end up. 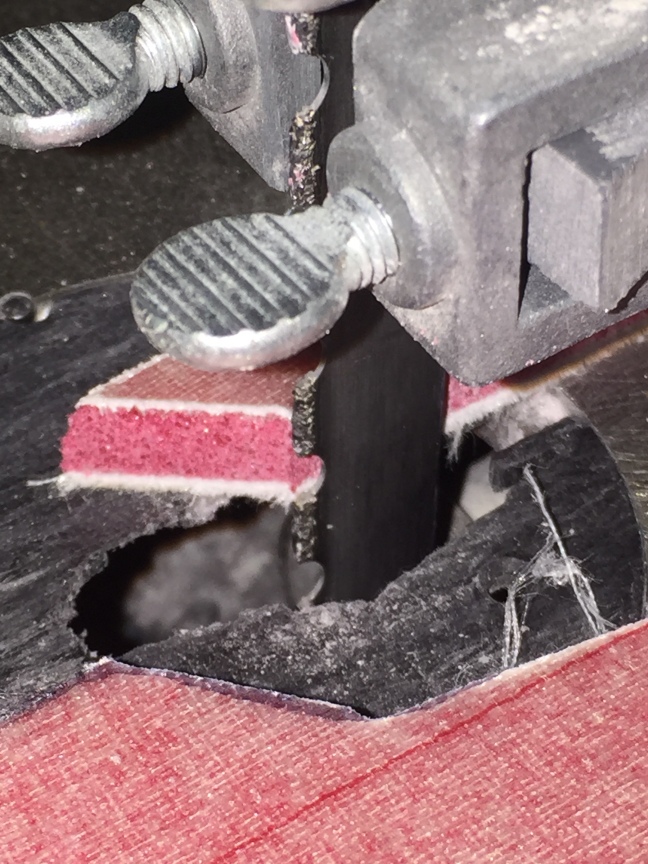 On one of my band saws I have a diamond grit blade. It makes trimming anything on the flat very quick. 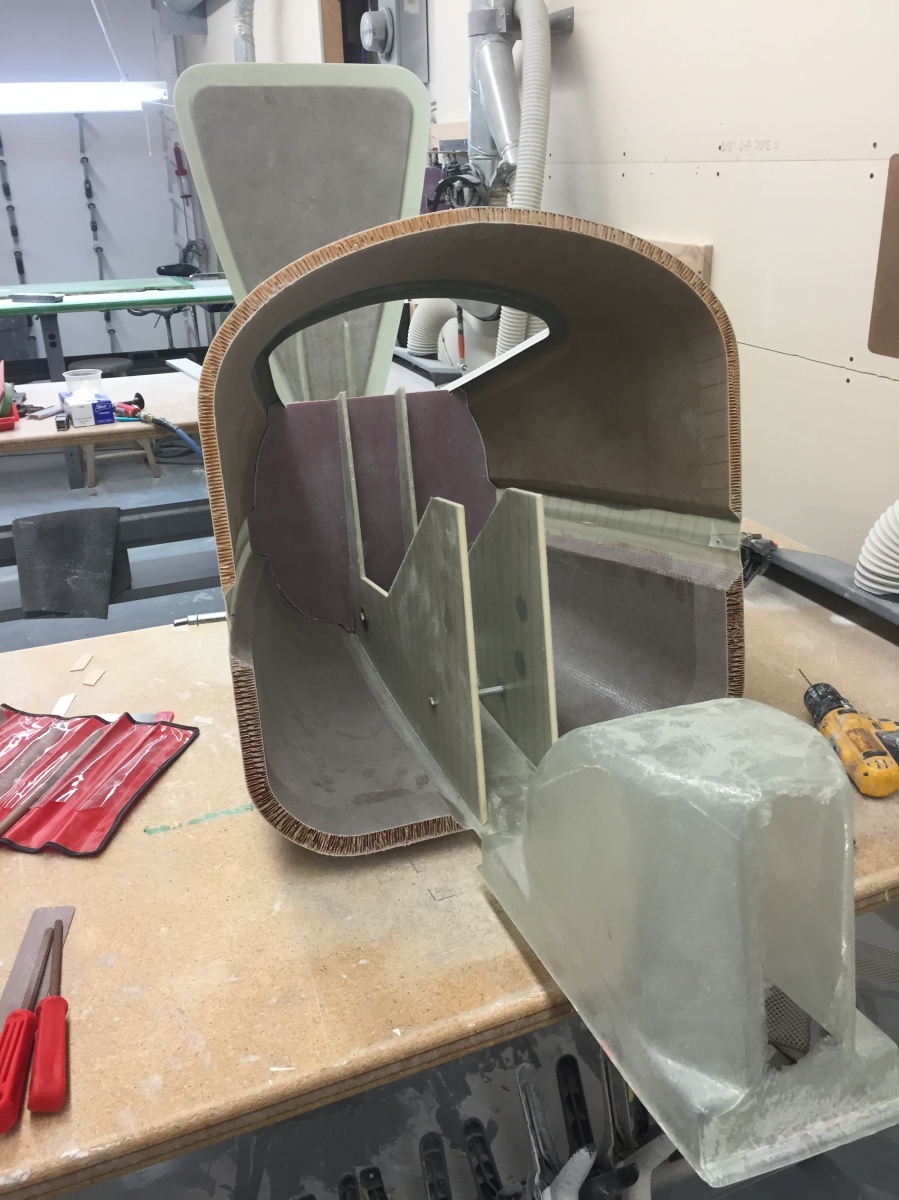 Here is a pic of the nose with its dry fit pieces. The upper end lower halves are held together with clecos. That way I can always temporarily install the upper half to do measurements and remove it when I need the access.

Another pic of the nose from the front. 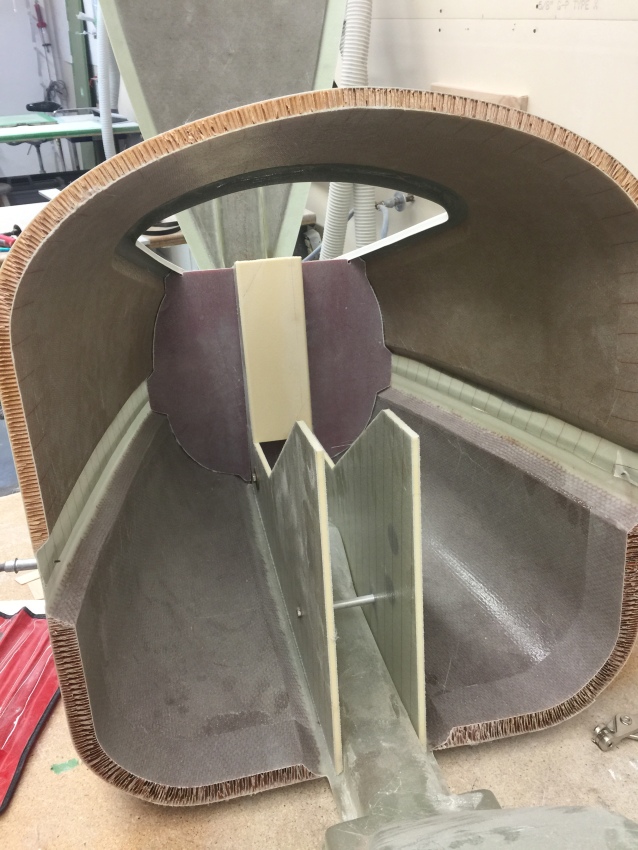 Here I did the final sizing of F4.1 which would be the F6 in the original nose.

This entry was posted on December 16, 2015, 1:12 am and is filed under The long nose. You can follow any responses to this entry through RSS 2.0. You can leave a response, or trackback from your own site.