I moved on to locating the mounting plates onto the NG30s. I had previously drilled the lower 0.250 hole into the center of the lowest hard point. I drew a line through the center of the other hardpoints and offset that line by 0.375 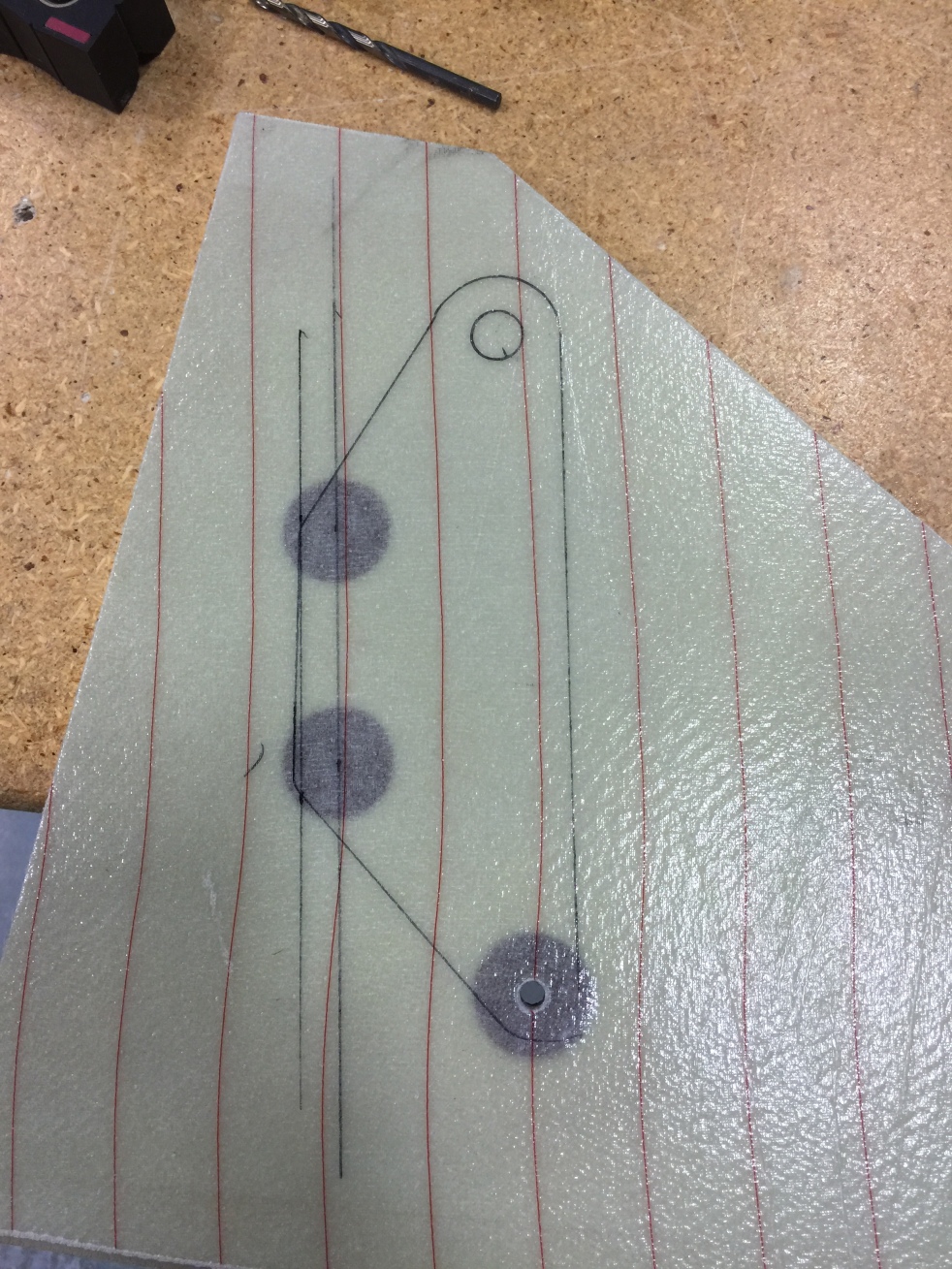 Using the mounting plate as a guide and making sure that it touched the offset line I traced it out to mark its location on the NG30. 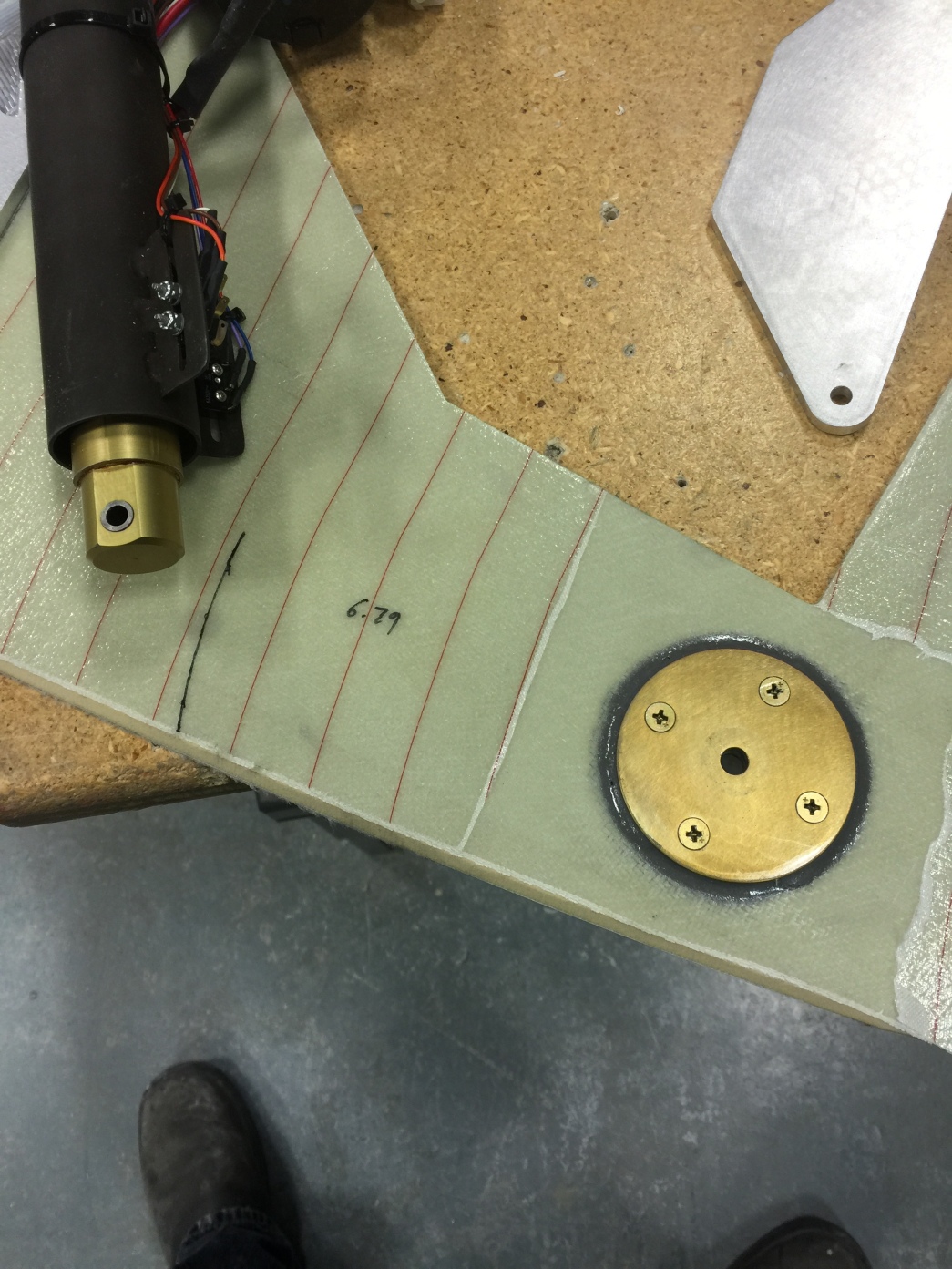 I then marked out the arc that the NG3 and NG4 would be taking as the gear extends or retracts.

These positions then allowed me to mark out how much the head of the actuator would be moving through its travel.

I recessed the glass and core to create clearance for the actuator. I wish I had done this before I glassed the NG30s but I didn’t think that far ahead. I made a rubbing of the recess onto a piece of paper.

I cut out the profile from the rubbing and used it as a template to mark out the opposite NG30. 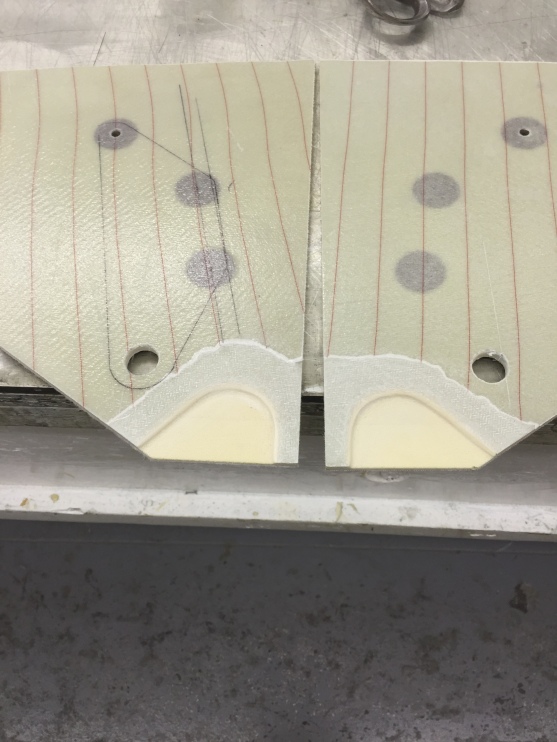 Here are both NG30s prepped for glassing.

Here is a pic to show how deep the recess is. I probably could have gone a little deeper but I wanted to leave as much core as I could.

The recesses were then glassed with two layers of bid and then peel plied.

Here they are all cleaned up and edges trimmed.

I temporarily located the NG30s into the lower nose half so I could cut out the clearance hole for the actuator to mount to the gear leg. This was more or less just trial and error to get the hole big enough so the actuator could fit through and move up and down as it pivots through its travel. 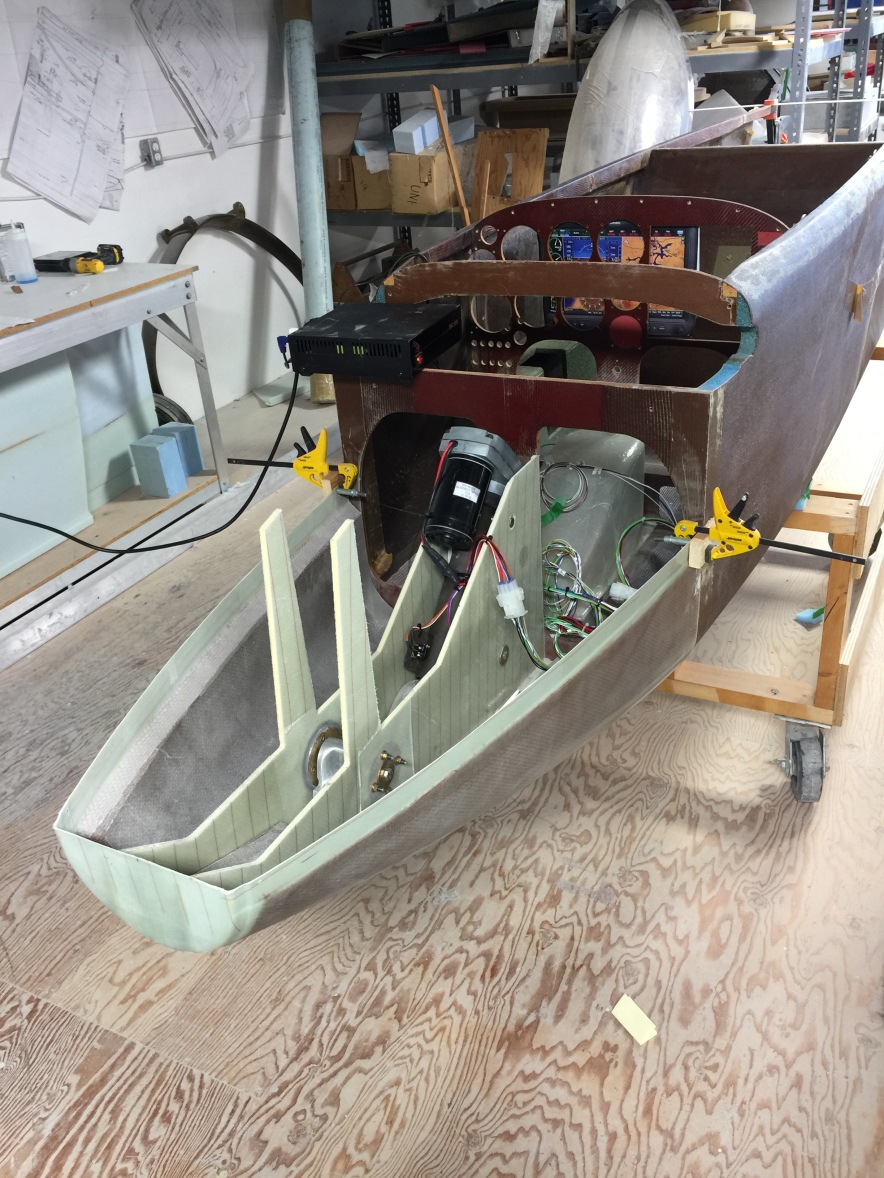 I did a few test retracts with everything temporarily in place.

Here is the gear retracted. 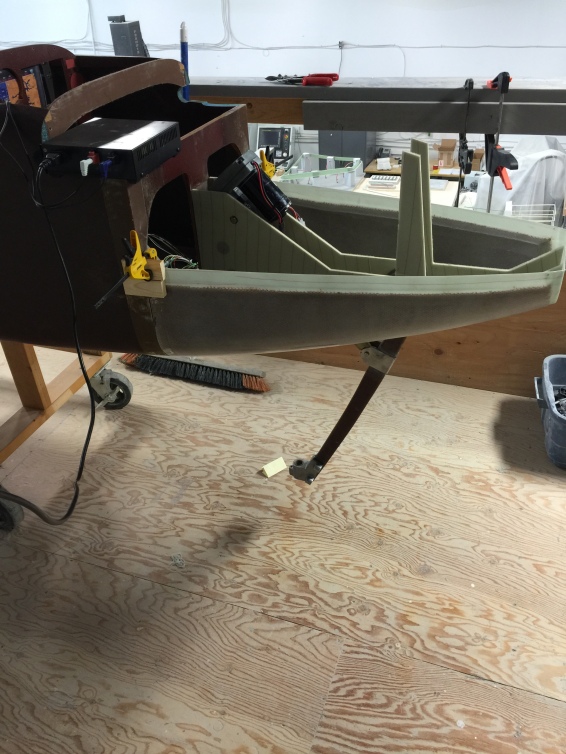 This is the gear extended. I will now have to put the main gear on and check my geometry before I permanently start attaching the nose to the fuse. It will be exciting to have the nose all finished as it will finally start to look like an airplane or at least to those who know what a long-ez looks like.

This entry was posted on December 4, 2015, 11:32 am and is filed under The long nose. You can follow any responses to this entry through RSS 2.0. You can leave a response, or trackback from your own site.