I usually scan my prior post to check what I have already covered, correct a few spelling mistakes and generally see if I made any mistakes. Well!!! I just noticed that I titled the last post ailerons and even referred to the parts as for the ailerons. That makes me a dumb ass 😦 I do know that I am building the elevators I’m not sure where that brain fart came from. 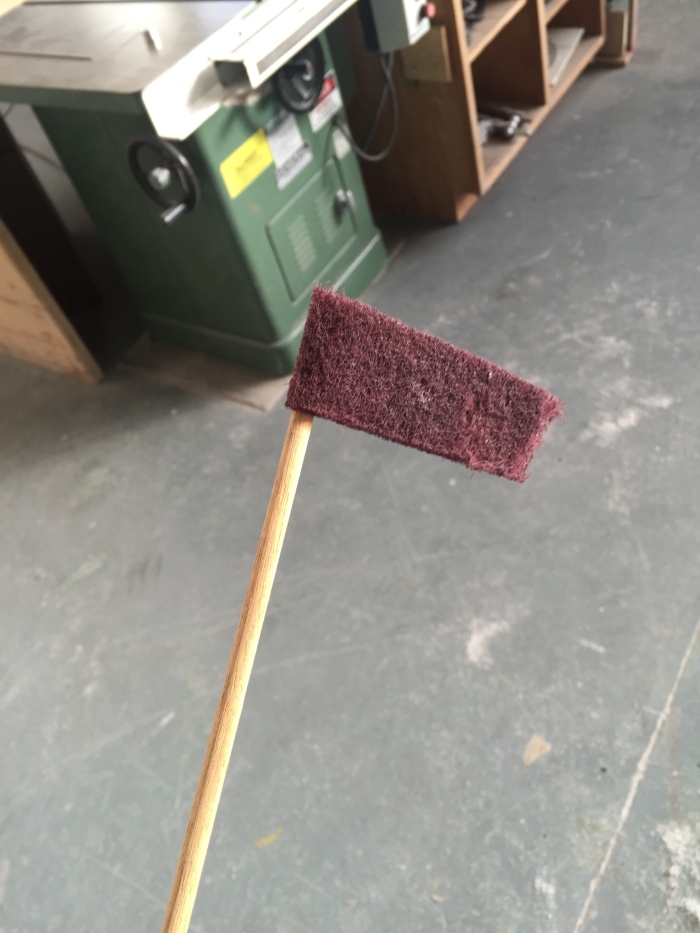 Now on to the Elevators. I used some CA to glue some scotch brite onto a dowel. I use this to clean the inside of the tubes. 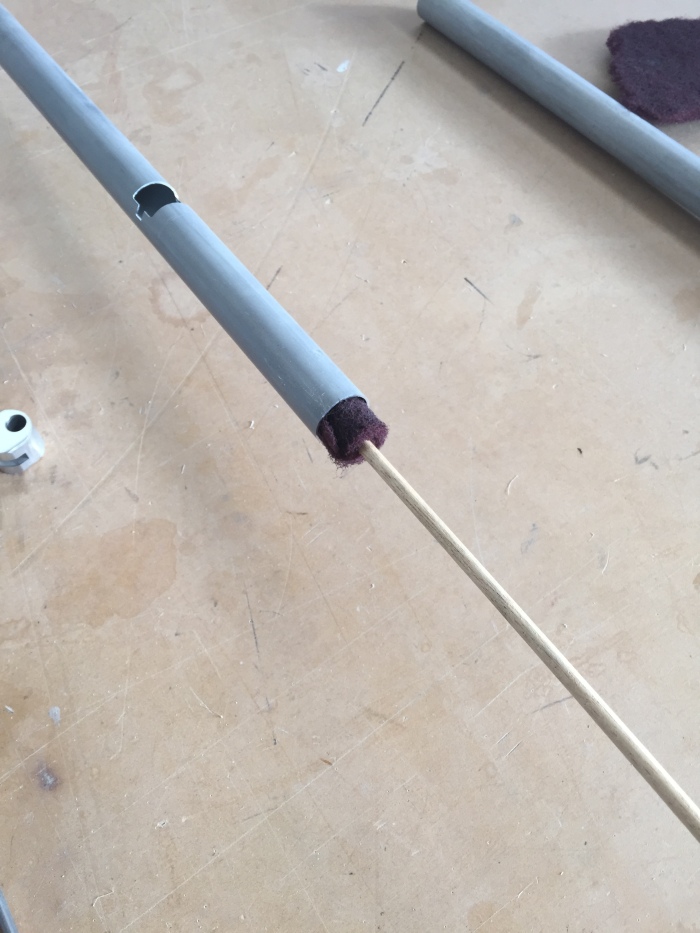 I roll it up and stick it in the tube. 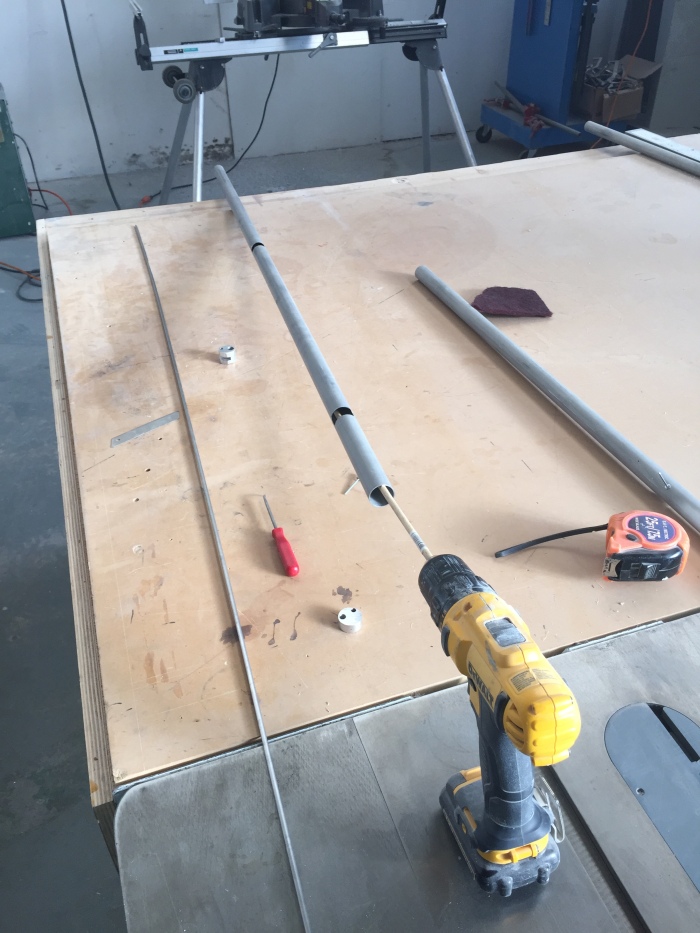 I use a drill to spin it while I slide it back and forth. I have used the same technique with sand paper and it works well. 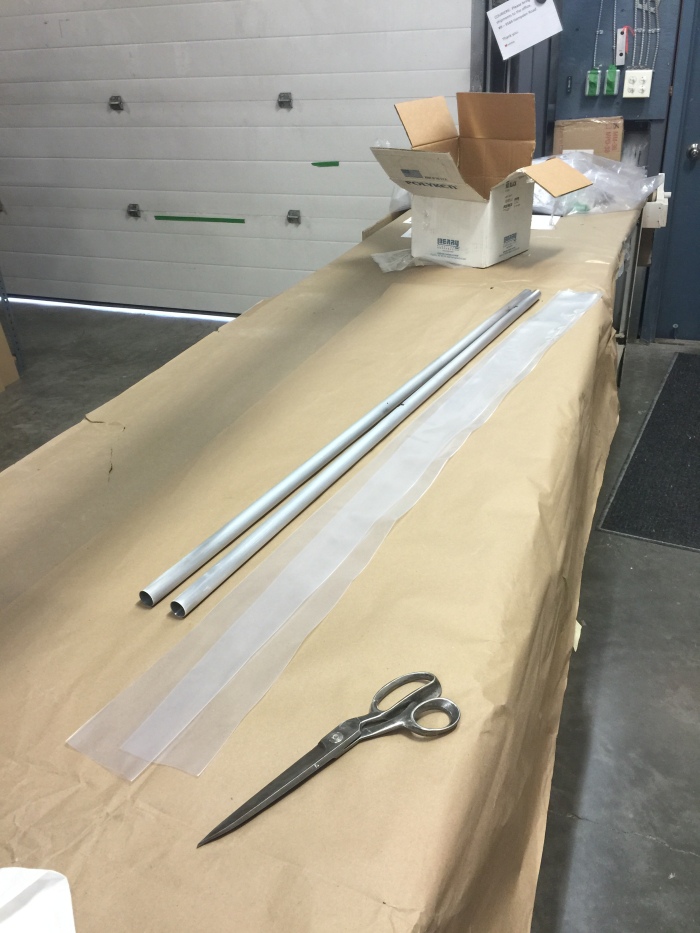 Next was to alodine the tubes. I was going to use some abs pipe and cap the ends and use that to hold the acid etch and alodine but decided to do plating in a bag. I cut two poly bags from the shipping department. 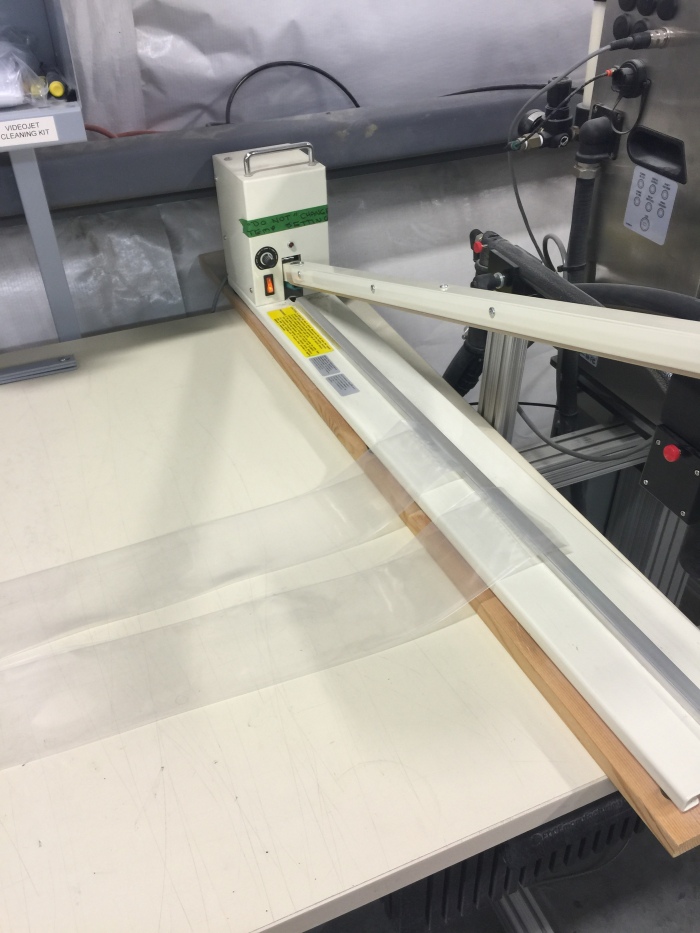 I heat sealed the ends. 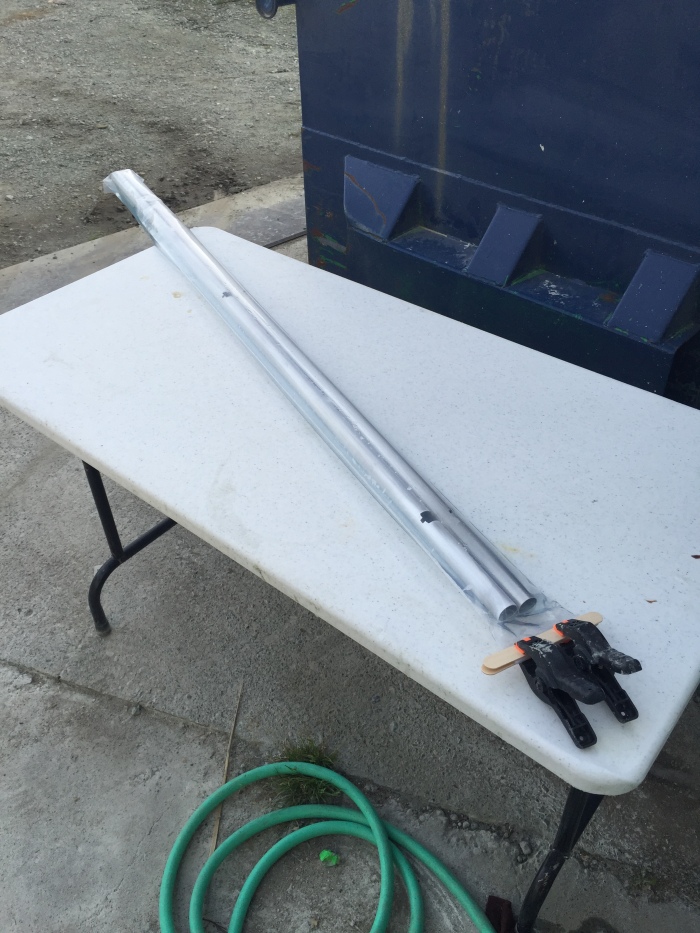 I filled the bags with about a liter of acid etch and sloshed it around. 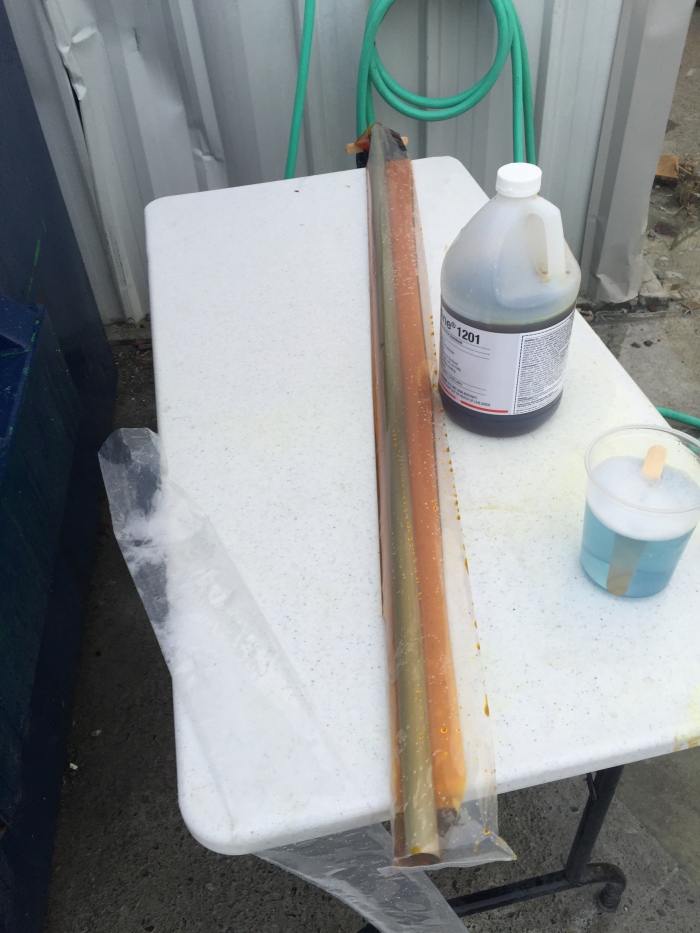 After I rinsed the tubes I repeated the process in the second bag with alodine. I did one tube at a time. I kept turning the tube until it was golden brown. It doesn’t give you the same result as suspending a part in the alodine but the results are more than acceptable. 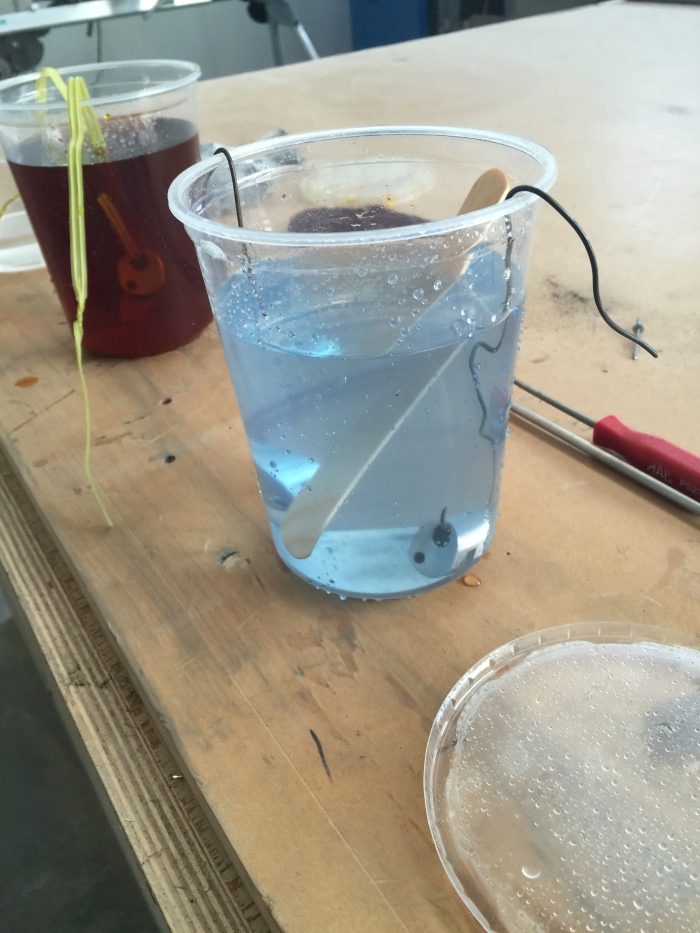 Next was the hinge inserts. I’m not sure why I had a mixing stick in there. 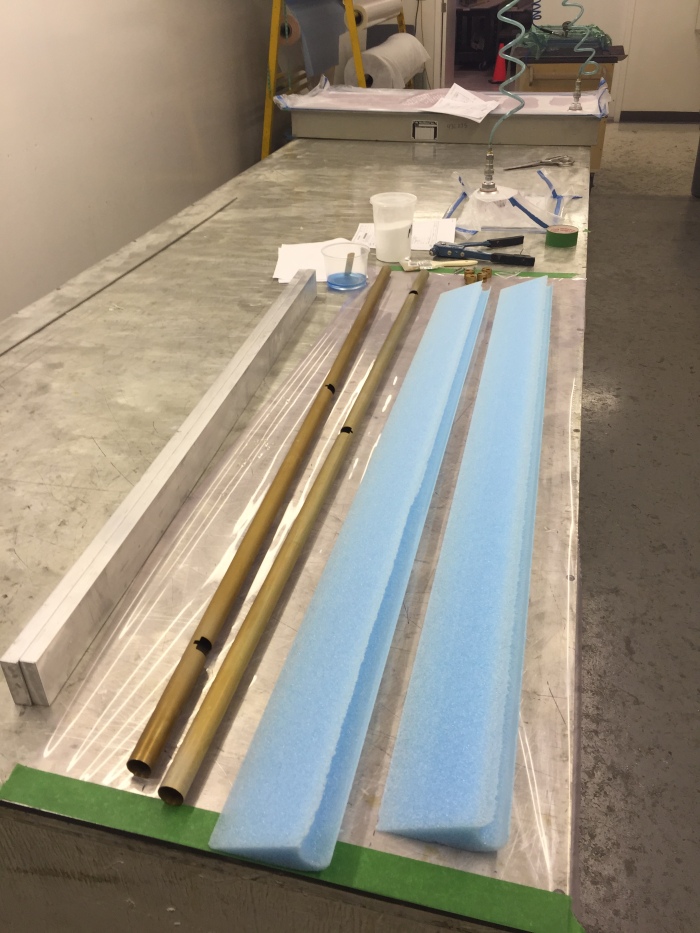 I prepped everything that I was going to need. This might be the first time ever that I remembered everything. 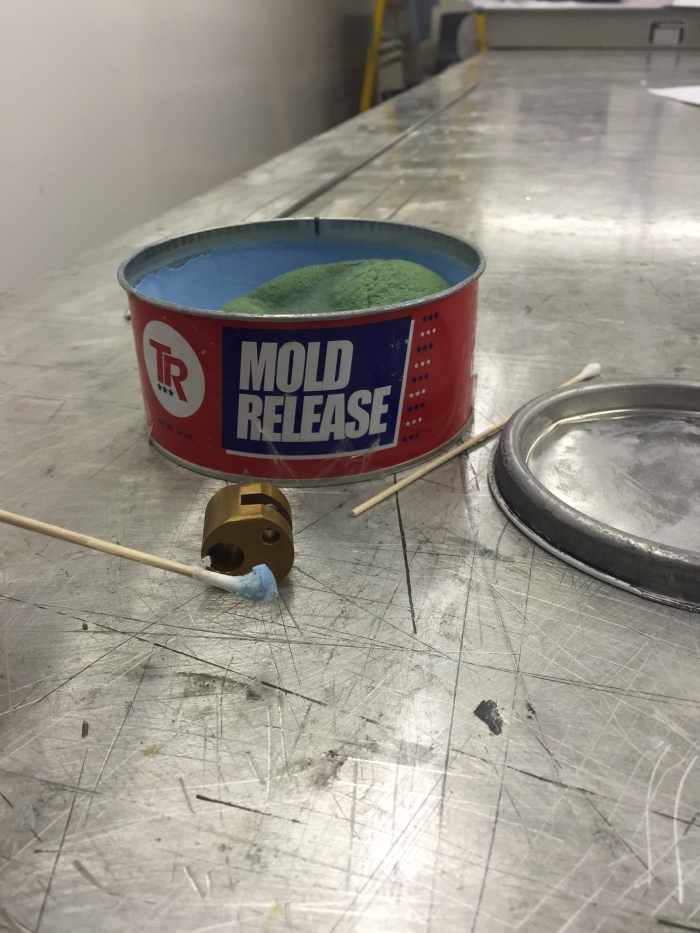 I used some wax to coat the inside of the hinge pin holes. I wanted some protection in there but wasn’t going to use grease or vaseline. The chance of cross contaminating something is too great. 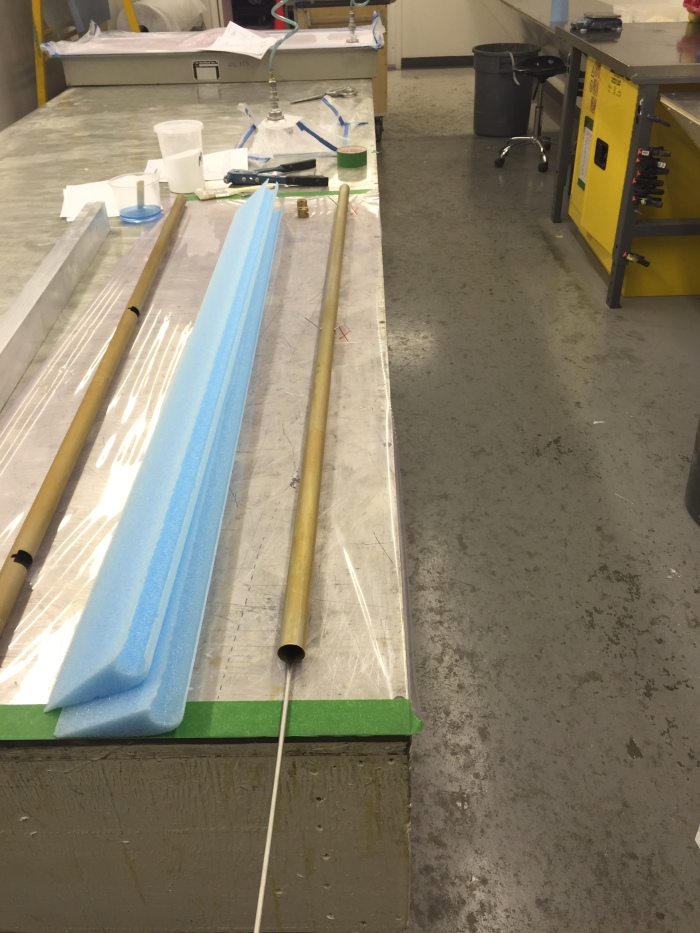 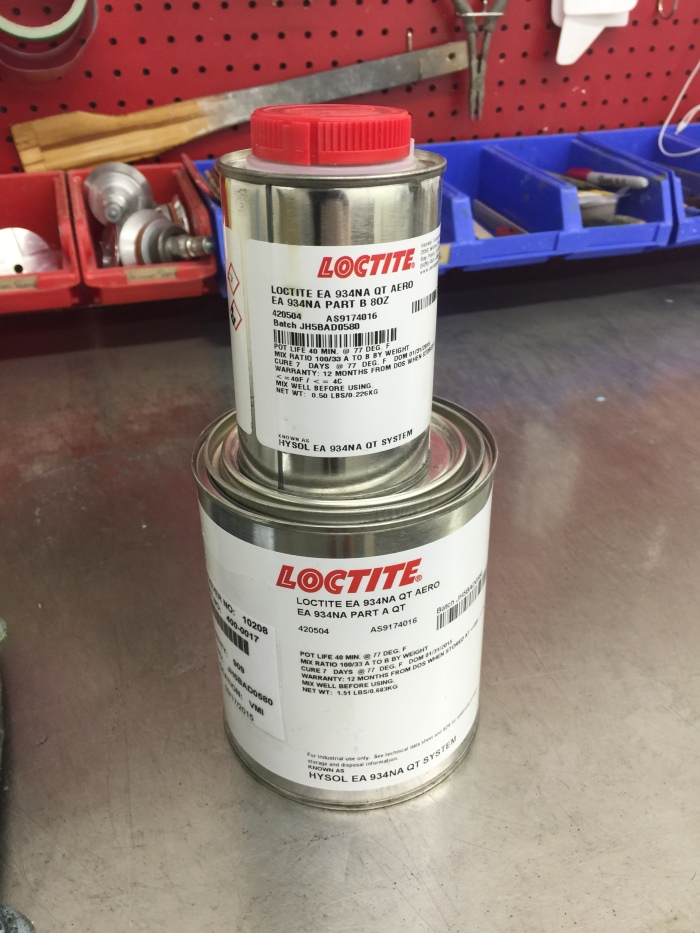 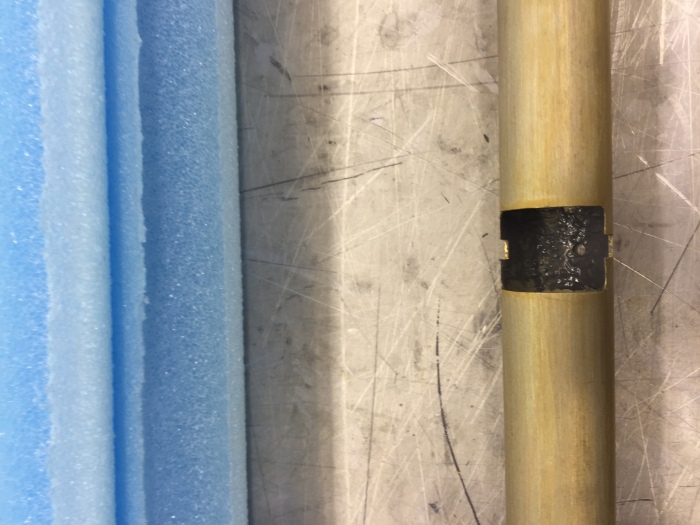 I applied a light coat inside the tube. You want enough so you get a little bit of squeeze out but not so much that it can run down into the holes for the hinge pin. 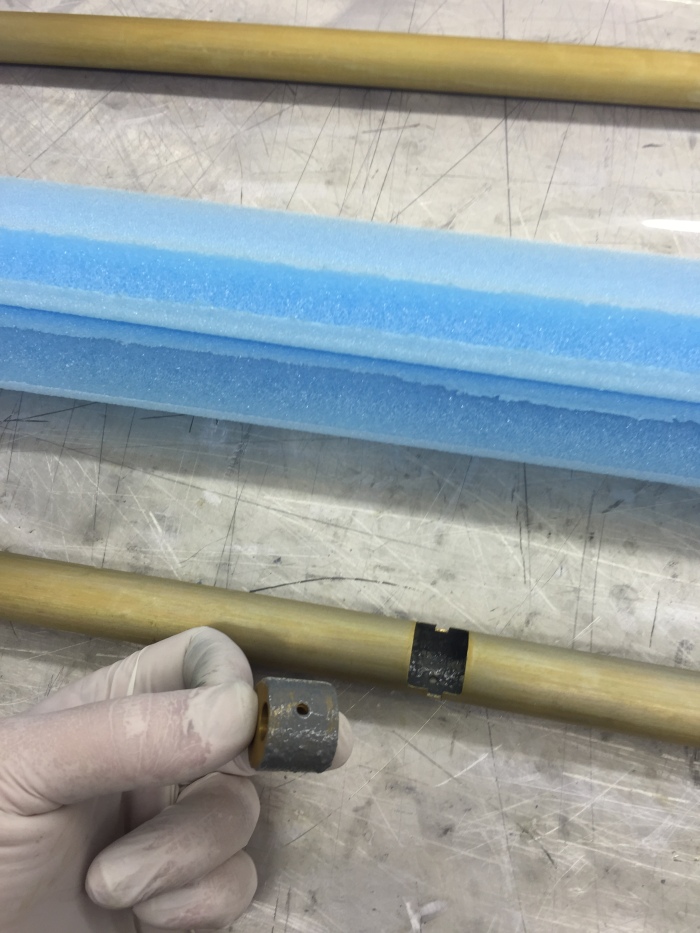 I also applied a light coat to the hinge insert. Any time you bond something always apply adhesive to both surfaces. 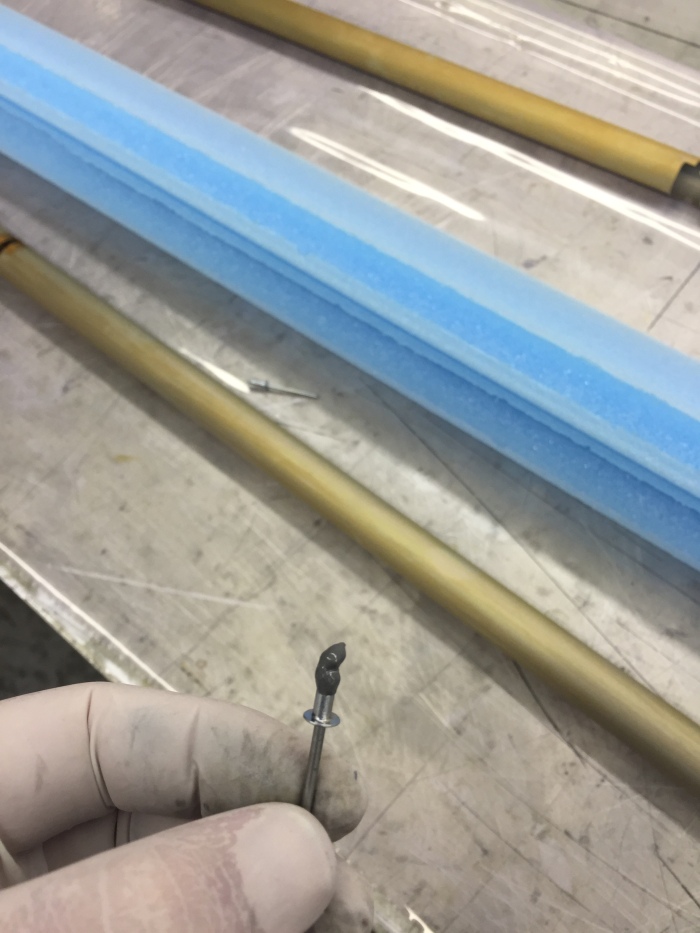 I wet installed the rivet as well. Just a dab will do ya. 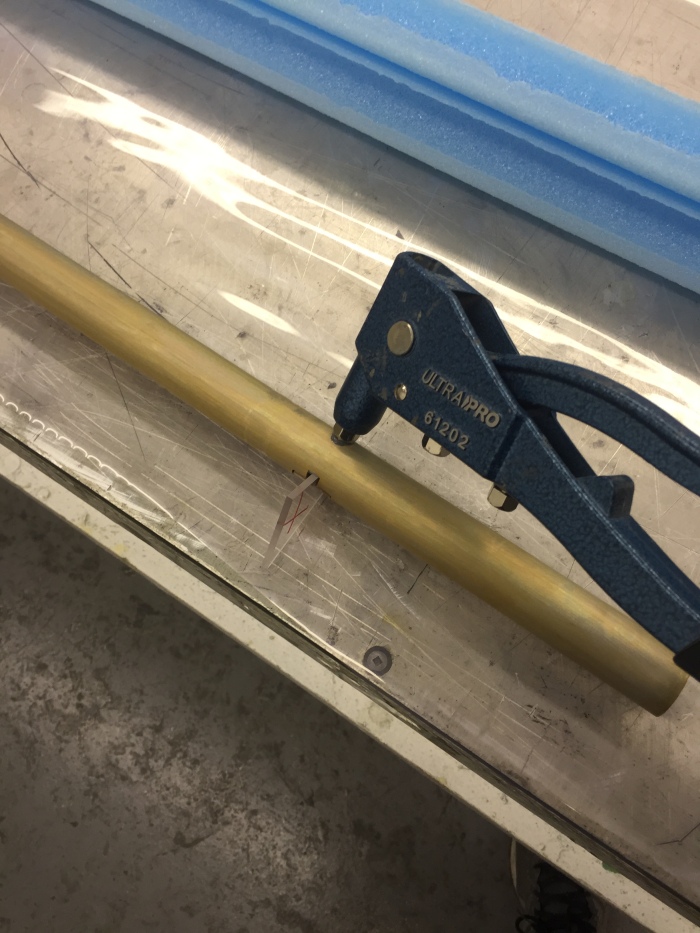 I installed the rivets and also checking alignment at the same time. 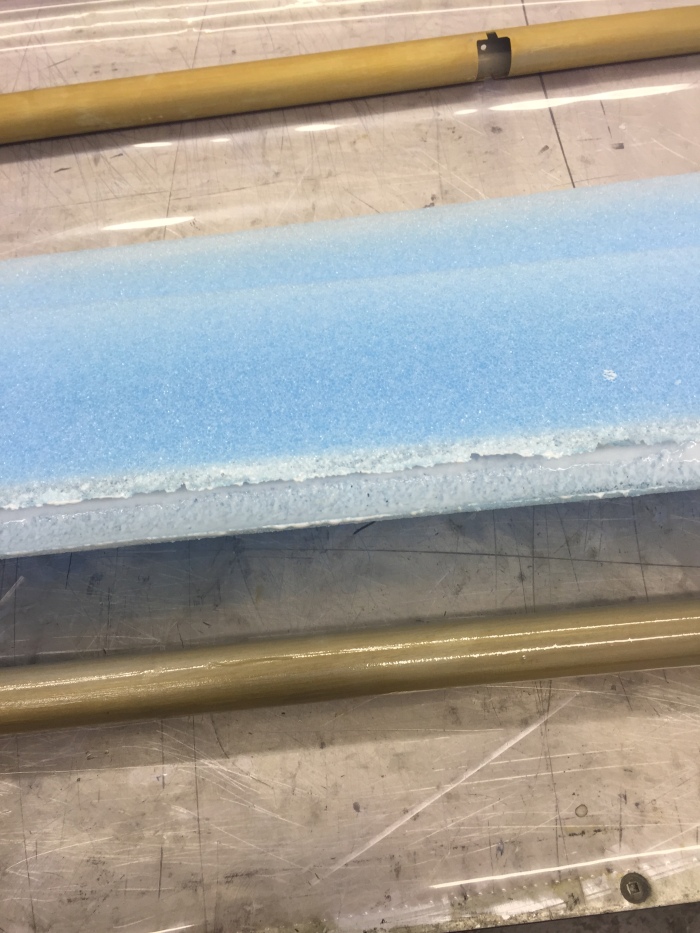 I applied slurry to the cores and brushed some resin on to the tubes. I had done a dry test fit of the tubes into the cores and mine fit quite nice. They slid in with a little bit of friction and were held snug in place. 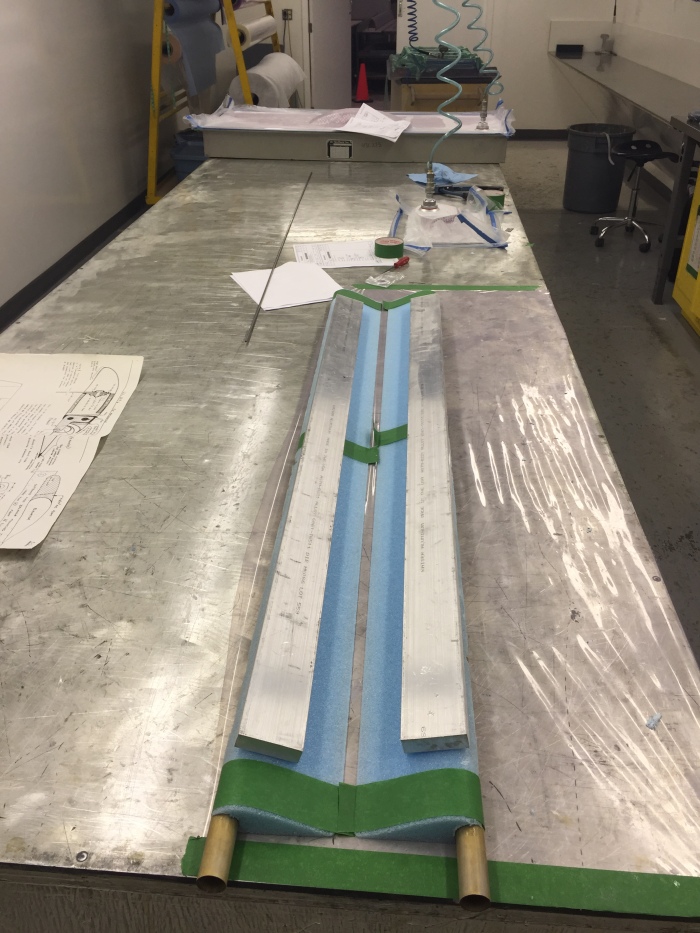 Here they are with the tubes bonded and weighted to the table to cure.

This entry was posted on October 15, 2015, 11:33 pm and is filed under Elevators. You can follow any responses to this entry through RSS 2.0. You can leave a response, or trackback from your own site.