Posted by canadianlongez in Elevators on November 14, 2015 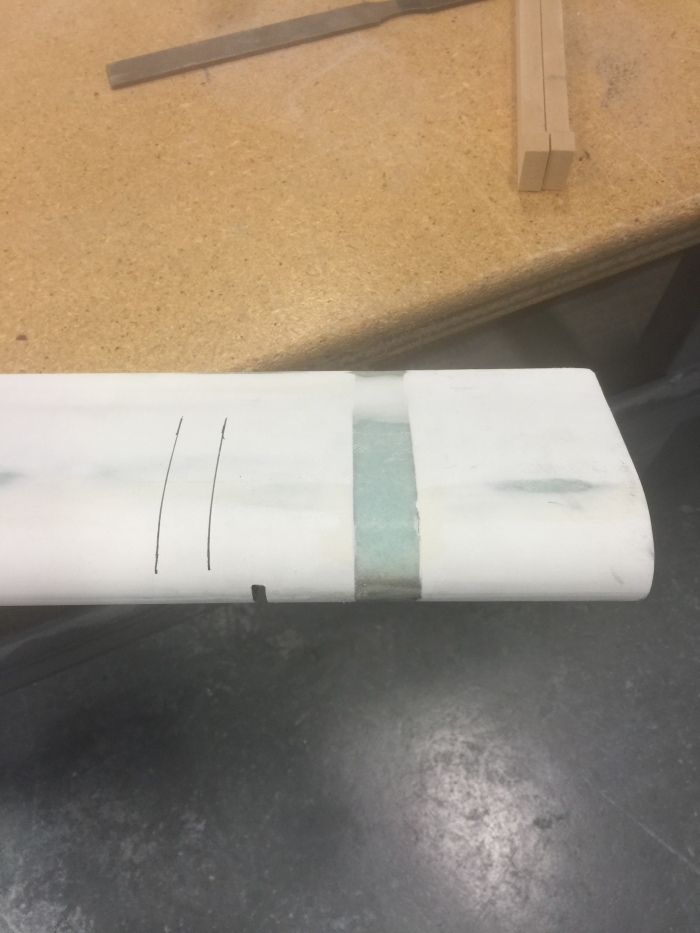 I moved on to adding the mass balance weights to the elevators. I read over the instructions and that is when I noticed that I screwed up. I had recessed the core on the elevators where the glass build up ends up leaving a bump. I have also read that some have had it impede the travel of their elevators. My elevators wouldn’t be affected by these issues except for the fact that I put the recess in the wrong spot 😦 The directions say to use original canard directions to install the counter weights and I must have taken that to mean the location also. I should have been more careful. Now, this doesn’t mean that there is anything wrong with the elevators themselves only that I will have a little shallow to fill. You can see in the pic where the weights are supposed to be. 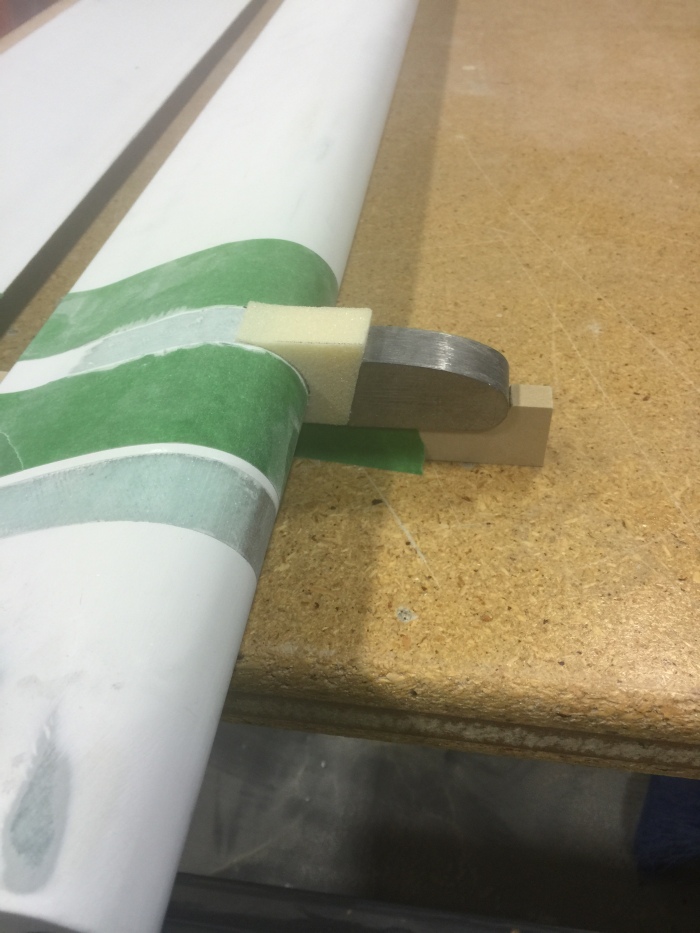 The fill and primer was sanded off the elevator and I shaped the core. Using the jig the weight is positioned. 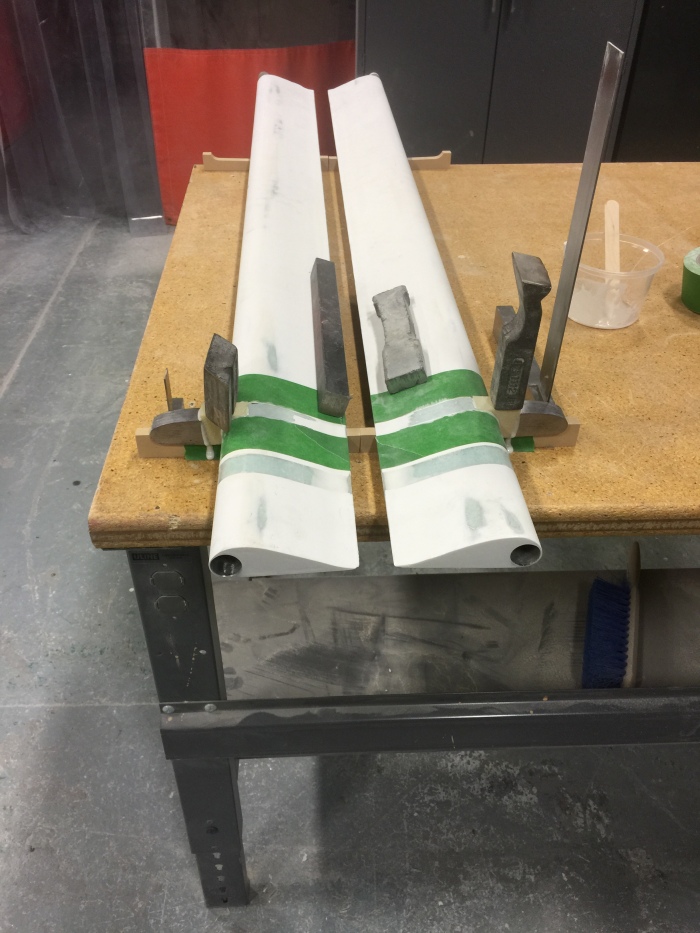 Everything was bonded together using fifteen minute epoxy and a little flox. I used weights and some squares to keep everything aligned while the epoxy cured. 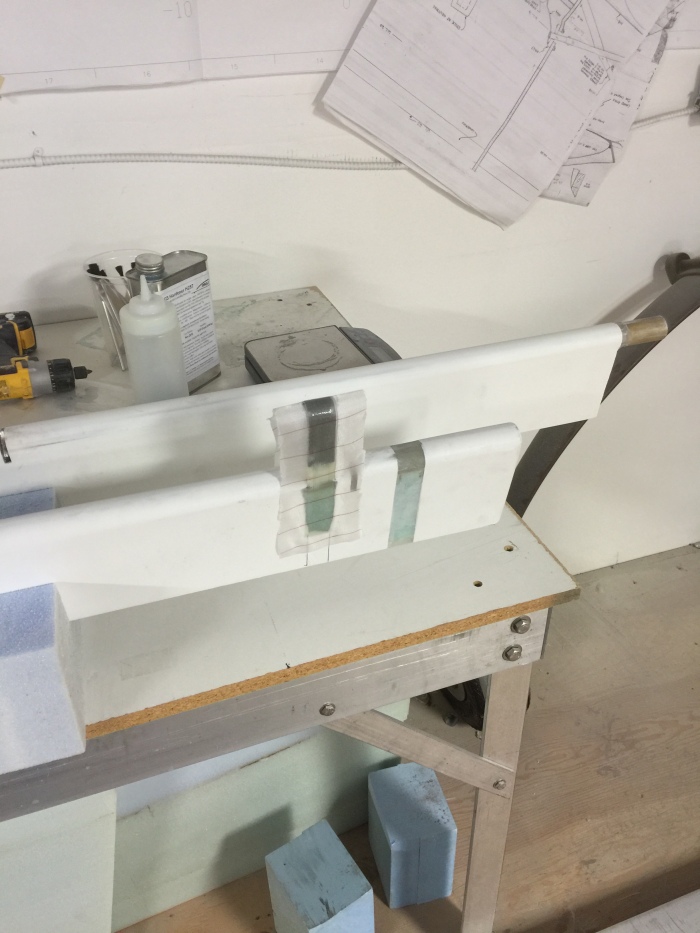 Using two layers of Uni the counter weights are glassed to the elevators. 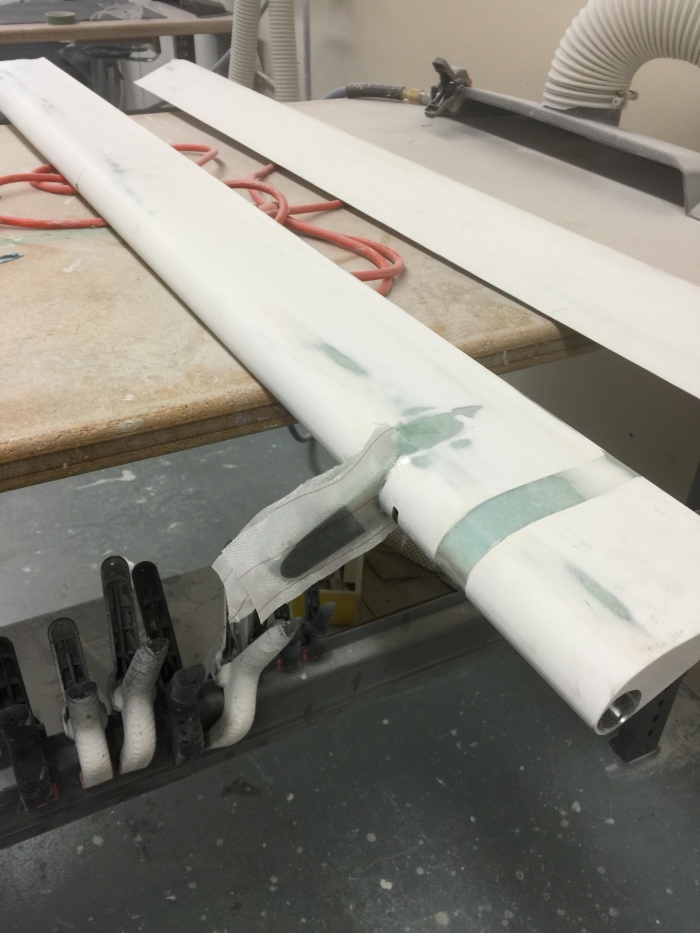 I also added one layer of Bid to the sides. I didn’t like the idea of only coating the core with resin.