Now that the tabs on the canard have cured I moved on to putting some primer on them. The first primer is a epoxy high build. 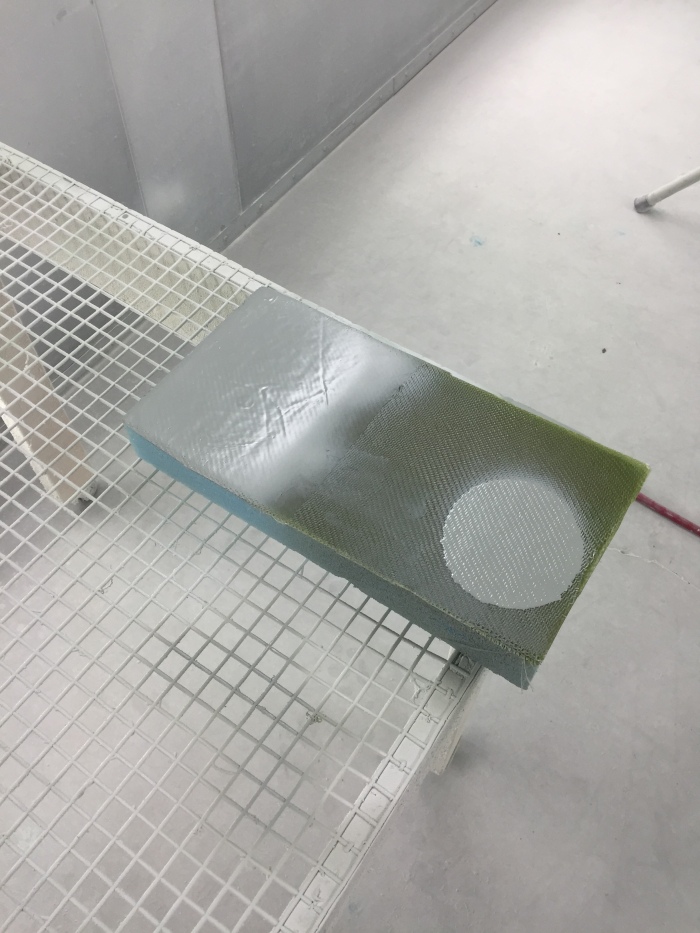 All primer whether its epoxy or urethane will have solvents in it. So I took a test layup that I had and sprayed it with some heavy coats. One half had peel ply and the other half was just glass.

After the primer cured I peeled the glass from the foam to inspect that it was not affected by the primer. 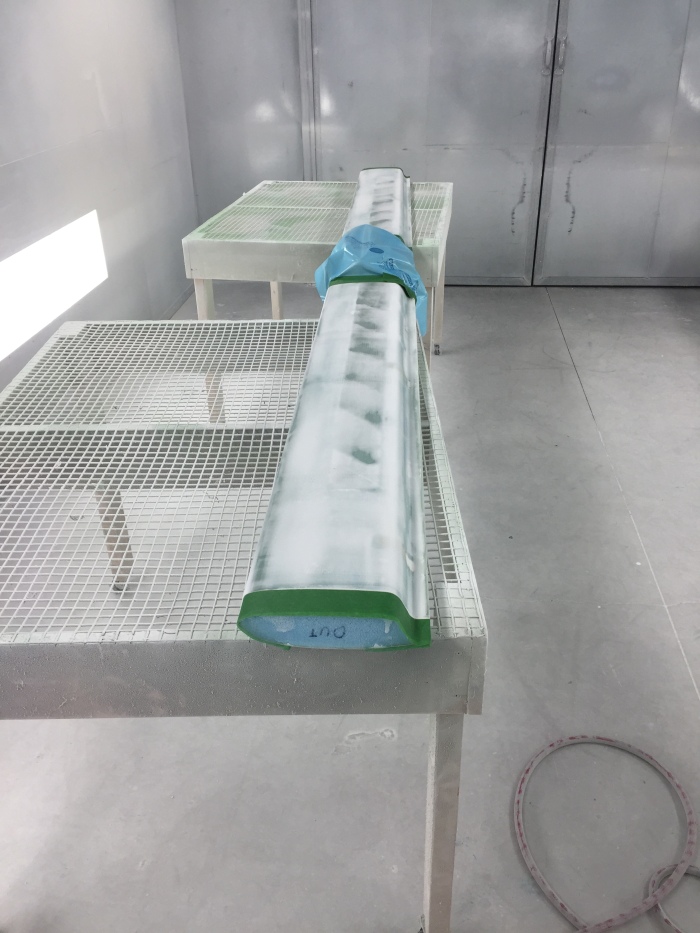 So with the primer tested the canard was sanded thoroughly and prepped to be sprayed.

The same was done for the elevators.

The first coat is light and allowed to flash before heavier coats are applied.

The same was done on the elevators. The high build primer allows you to build up a decent amount on the surface and fills a lot of small imperfections. This step is much like putting straight resin over your micro except the primer is way easier to sand and you can do it all in one step. 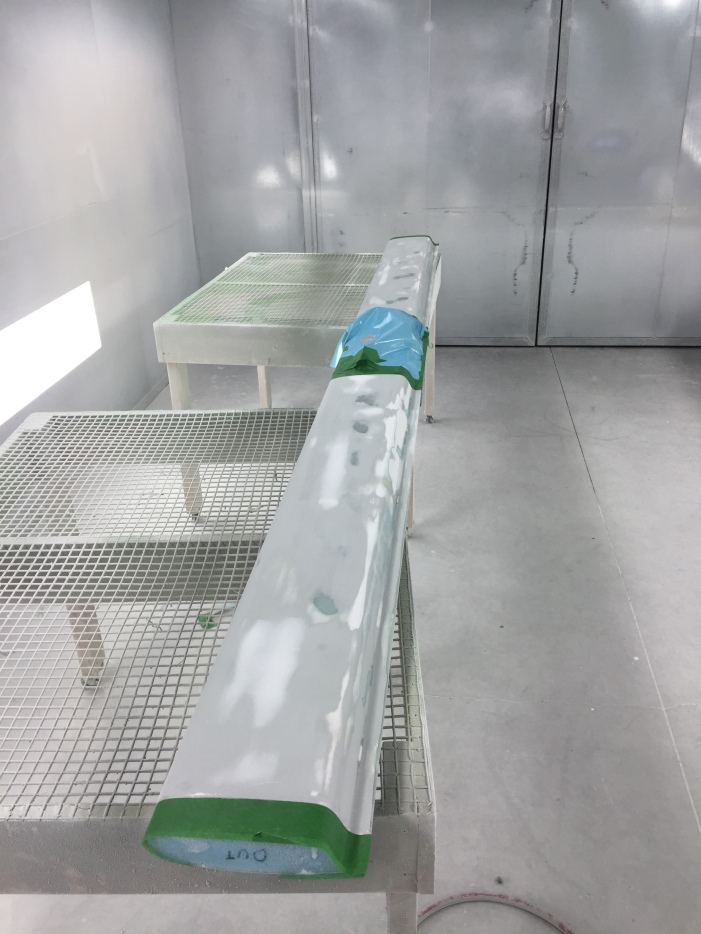 The high build primer was blocked out and the remaining small imperfections were taken care of with a little filler. 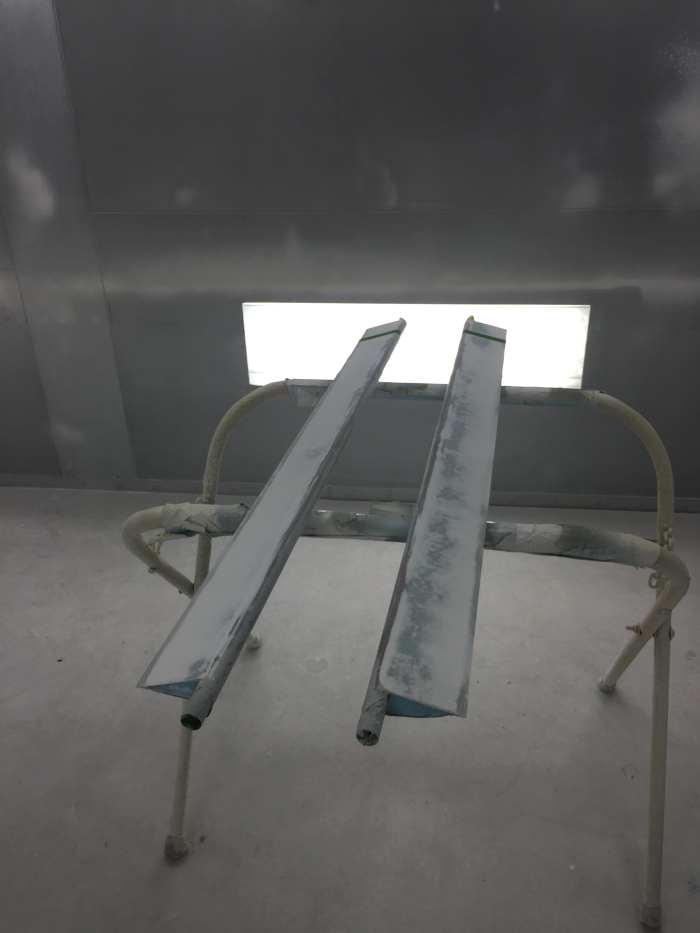 And once again the elevators got the same treatment. 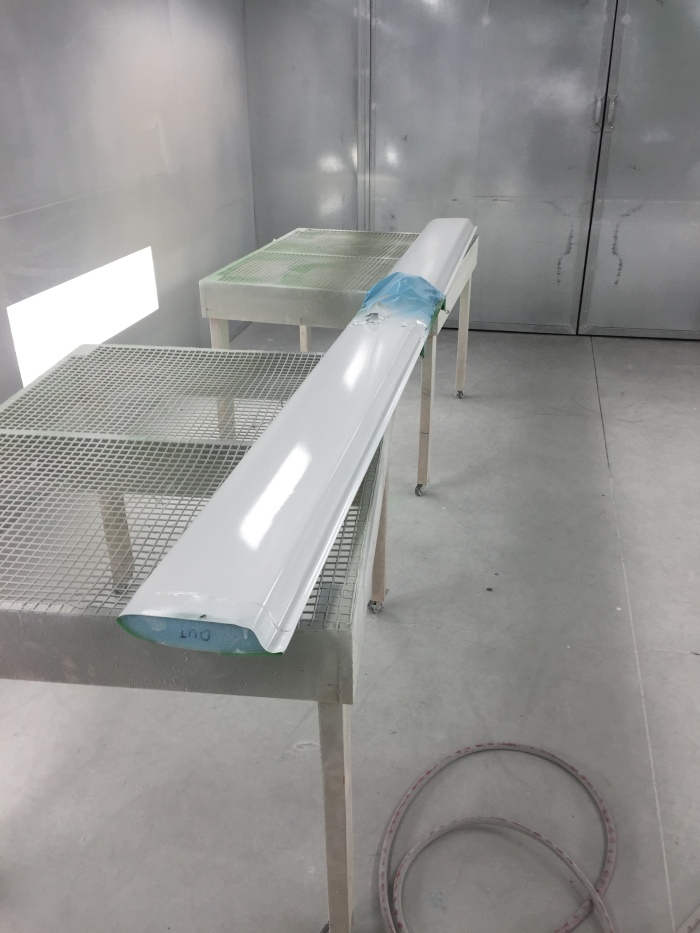 The next primer that I used is not a high build but is epoxy. It sprays a lot smoother and will be the last coat to block out.

The bottom of the elevators are sprayed.

This entry was posted on November 1, 2015, 9:43 pm and is filed under Canard, Elevators, Fill and fair. You can follow any responses to this entry through RSS 2.0. You can leave a response, or trackback from your own site.