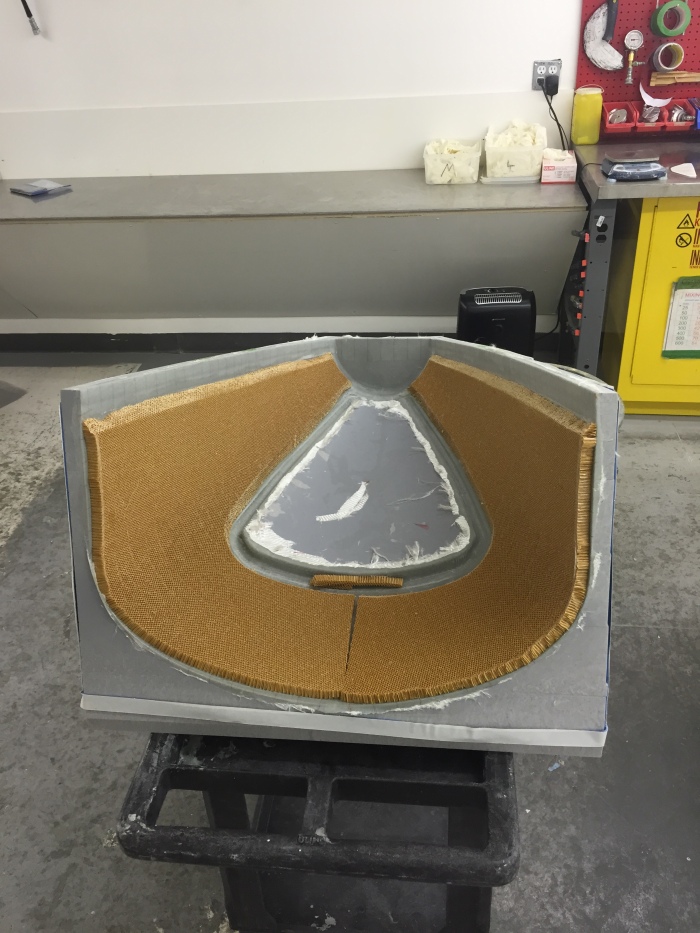 I didn’t take many pictures of the layup of the upper half. This is a shot of the upper nose half just before I did the last layup. The outer layers are done and the honeycomb is bonded in.

This is the upper nose half just out of the mold. On this part I used a VE surface primer in the mold before doing the layup. The part comes out pre primed 🙂

This is a shot of the inside.

The upper nose half is mostly trimmed. I still have some fine tuning to do to make sure everything is in the right spot.

This is a shot from the front. There is a lot of room up there now. It will be nice to have such open access to everything, not only for installations but for maintenance as well.

This entry was posted on August 29, 2015, 1:05 pm and is filed under The long nose. You can follow any responses to this entry through RSS 2.0. You can leave a response, or trackback from your own site.