There are a bunch of reasons why I chose to go this route on the nose. I wanted it strong. I wanted something up there to protect my legs but still had to be light. Also, I wanted gear doors so I wanted to incorporate the recess. It started to spiral from there. At work I wanted something that I could use for an up coming trade show so decided to make the molds to build the front in as few pieces as possible. The nice thing about going this route is I will have nice tangent lines as the fuse transitions to the nose 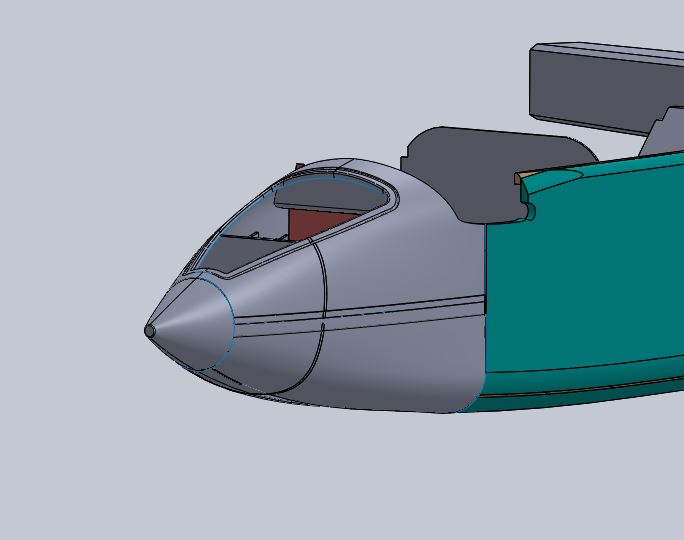 The nose will also have the access for molded into it. 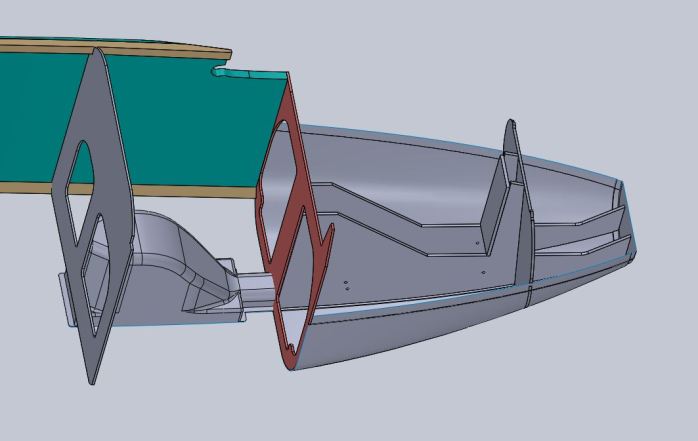 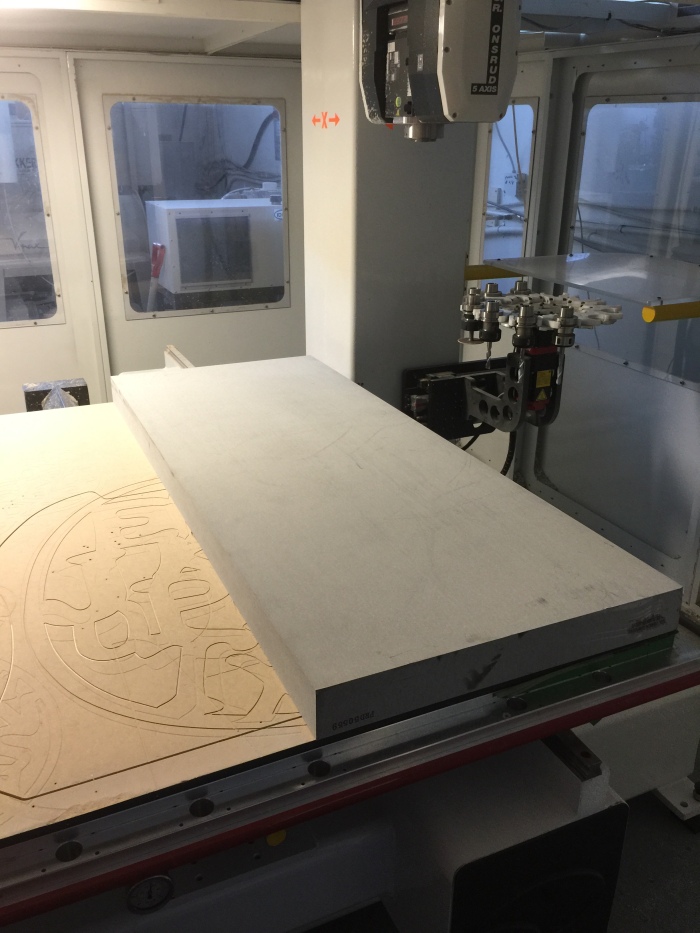 It starts as a solid tooling board.

The oversize pieces are cut. I missed taking a photo of them bonded together.

The bottom is surfaced flat. 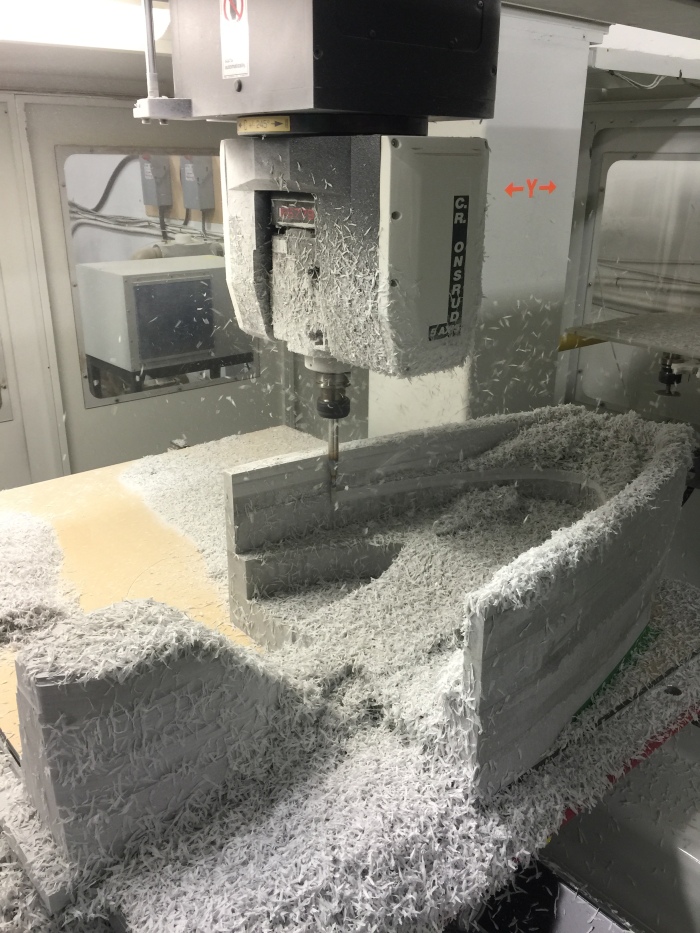 And the fun begins. Running a cnc might seem like it is awesome but when you get into large parts and you have babysat it for eight hours plus it looses its luster. However what you get at the end is the prize.

This entry was posted on August 8, 2015, 9:29 pm and is filed under The long nose. You can follow any responses to this entry through RSS 2.0. You can leave a response, or trackback from your own site.